By Stefano Chiriaco | Categories: NUTRITION | No Comments on The Problem With Ketogenic Diets 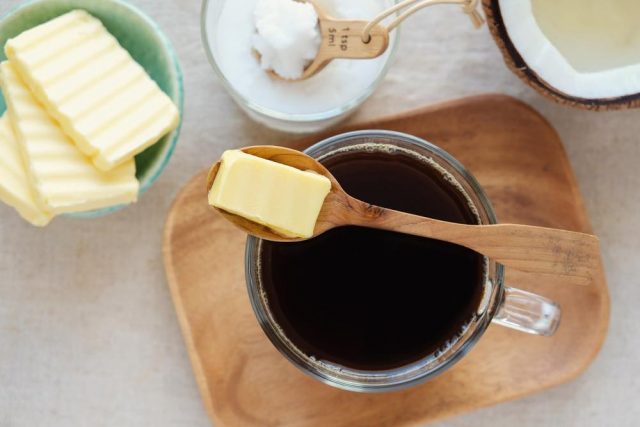 The latest trend that is engulfing the internet is the ketogenic diet which is promoted as a magic cure for weight loss whilst being able to eat all the commonly ‘bad foods’ which is appealing since traditional diets often leave people hungry, unsatisfied and dreaming of their favourite foods.

Despite all of the ‘hype’ around this method, it’s actually not new at all and has been around for a long time, initially created to treat epilepsy in children and this system is actually pioneered by the Atkins method.

Essentially, a keto diet is rich in proteins and fats where your body is forced to burn ketones instead of sugar for energy which then leads to an increase in fat burning providing some rapid weight loss.

The truth is this, by eliminating a food group it’s going to lead to weight loss since your choices are limited but also, the increased amounts of protein in the diet has a thermogenic effect which speeds up the metabolism.

But here is the kicker, although keto works well initially… staying on an extreme low carbohydrate diet actually increases stress hormone according to a Harvard study and this is a problem for two major reasons.

1) Insulin resistance will lead to an increase in body weight due to insulin disturbance where your cells will be starved of glucose, leading to cravings for foods high in sugar and an exaggerated appetite. Insulin resistance also increases oestrogen which is an established high risk factor for obesity.

* Please note that an improvement in insulin sensitivity is a good thing when it comes to weight loss where the above is a metabolic disorder which is very different.

2) Fat accumulation through increased cortisol production which is a fat storing hormone and some studies have shown that the weight gained tends to focus around the stomach and hip area.

In fact, a study analysing long term effects on dieting showed that 75% of dieters put the weight back on that they lost and other studies show diets have a failure rate of 95% which is down to the restrictive and unrealistic approach that keto provides over the long term.

One major area of concern using this approach over the long term is the loss of muscle tissue according to this study, even when extra protein is consumed to try and counteract this negative effect.

Carbohydrates actually stimulate muscle growth which is why they are essential as part of a long term, sustainable weight management programme. A lack of insulin release over a long period of time will reduce our bodies ability to absorb protein into the muscle and our workouts will suffer without any fuel for motion.

Does keto have it’s place within a weight loss plan?

Yes it does, in fact we use similar principles (without the copious amount of fat) in our 12 week transformation (and on our diet challenges) for the initial stages to improve insulin sensitivity and reduce sugar in the diet but we do not maintain a low carb/high fat approach for long due to the drawbacks mentioned, in fact the system I’ve created is unique to the UDT method.

Using our 3 phase system, you’ll learn how to overcome the weight loss plateau and at the same time, build the diet back up so that by the end of the 12 weeks you’ll be following a balanced diet and maintaining your weight loss for the long term, experiencing better health and energy by eating from a wider variety of foods.

Keto is a tool but isn’t a way of life and let’s be honest here, can you live the rest of your life on eggs and sliced tomatoes? Probably not which makes keto another fad in my opinion because it’s not sustainable.

If you’ve done all the quick fix diets before and are tired of gaining all of the weight back on again, it’s time to stop thinking short term and commit to living a healthier lifestyle over the long term.

Let us show you how you can lose the gut, love handles and man boobs and get your confidence back by applying to join our 12 week transformation, PRESS HERE!